Letters are not case-sensitive
Send
An Interview with Gholamali Khoshroo, Iran Permanent Representative at the UN

On 27 January 2017, exactly seven days after Obama left the White House, the new president, Donald Trump signed Executive Order 13767, giving the green light for an entry ban to the US from a certain number of countries. An Executive Order which not only was met with international condemnations and protests but also extensive protests within the United States, and the game went so far that a number of federal judges suspended the president’s Executive Order.
Finally, last week, with some fundamental changes, after Supreme Court’s decision, the Executive Order went temporarily into effect. In the first Executive Order, the names of seven countries, Iraq, Iran, Syria, Sudan, Somalia, Libya and Yemen could be seen. But after some changes, Iraq’s name was omitted due to the military and diplomatic ties between Baghdad and Washington DC.
Islamic Republic of Iran Permanent Representative to the UN, Gholamali Khoshroo, in a short interview with Etemad newspaper spoke of the history of this plan and its execution. Khoshroo stressed that the Islamic Republic of Iran deems the placing of the country in the US State Department list of states that sponsor terrorism, and the list of countryies mentioned in the Executive Order, a political measure with the aim of increasing pressure on Iran. Stating that Trump uses the fight against terrorism as a tool, Khoshroo said, “the name of the country which the majority of the 9/11 terrorists were citizens of, is not in the entry ban Executive Order, and of course the president of the United States prefers to do a sword dance with leaders of the country and sign lucrative trade deals.”

What has principally been the basis Donald Trump’s issuing of the Executive Order?
The history of this subject dates back to 1986, and the Reagan administration’s decision to begin a Visa Waiver Programme with some countries. According to this Programme, in a reciprocal way, the United States allowed the nationals of a number of specific countries to travel to the States without a visa for a stay of no longer than 90 days. The programme was renewed in 2016 (with 38 mainly European countries and US partners). In 2015, in the framework of the integration of the budget act for the provision of the financial resources of the government, the Congress passed the Visa Waiver Programme Improvement and Terrorist Travel Prevention Act, and Donald Trump’s Executive Order has been on the basis of this Act which is known as HR 158. In fact following the Orlando nightclub terror attack, in a Tweet on 12 June 2016, then candidate Trump called for a ban on the entry of Muslims into the country, and the next day suggested the temporary suspension of the travel of Muslims from around the world based on having a history of terrorism; and this view in fact became the basis for the drafting and the issuing of Trump’s travel ban Executive Order.

Why were the six countries selected for this Executive Order?
In the Act of Congress, regarding the expansion of the Visa Waiver Programme and prevention of terrorists travel, the names of Iraq and Syria directly and the names of countries in the State Department’s list of state sponsor terrorism countries (Iran and Sudan) defines that the citizens of 38 countries who are in the Visa Waiver Programme, in the event that they travel to the four aforementioned countries, and also individuals with dual citizenship of these four countries who reside in the 38 countries, would require a visa to travel to the United States. In other words these individuals cannot enter the United States easily. Subsequently three other countries, Somalia, Libya and Yemen were added to list of the four aforementioned countries on the basis of the Department of Homeland Security list of “regions of concern”.

Why did Iran get added to this list?
Iran is included in this Executive Order on the pretext of being in State Department’s list of state sponsored terrorism countries and also America’s lack of access to the information and background of Iranian citizens. Not only we see putting Iran in the State Department’s list as a political measure with the aim of increasing pressure on Iran, but we also see the same with regards to placing Iran in the Executive Order list of countries.

We saw Iraq being removed from the list. Have the other six countries taken joint steps to also have their names removed?
According to the Congress legislation, Iraq is clearly included in the ban, and it was even included in the first Executive order, however, due to the presence of US troops in Iraq and related security issues, and bilateral talks, Iraq was removed from the second Executive Order.

What is the difference between the Supreme Court partly approved Executive Order with the original Executive Order?
The initial Executive Order had many ambiguities. It was written without an extensive study, ignored the views and recommendations of governmental bodies, was supposed to be prematurely implemented, therefore it resulted in mass political and popular protests and threw airports in America into chaos.

What is the domestic view on this ban? Will public opinion pressure have an effect in toning it down?
Right from the outset of Trump’s Executive Order, a vast group of civil society organizations, members of the Congress and the American media criticised his decision and wave of daily protests took over cities and states across America. Subsequently a number of Federal judges, particularly in Hawaii and Washington, in decisions, ordered the suspension of the implementation of the Executive Order.

Has the Iranian community in America, campaigned against this Executive Order?
The Iranian community and Iranians have individually reacted in several stages. In the first stage of the implementation of the Executive Order, due to the problems raised for Iranians and Iranian students in entry into the United States at airports, by going to airports and local media the Iranians protested the Order, and side by side with the nationals of the other targeted countries, they managed to prevent the implementation of the Executive Order at US ports of entry. Also through a number of US based Iranian organizations, the Iranian community reacted and conducted extensive political, media and legal campaign, challenged this decision and Executive Orders. From the beginning, some organizations drew the attention of American politicians towards the negative effects of this decision on Iranians, particularly Iranian-Americans by spreading information about the contents of the Executive Orders, their negative consequences on the Iranian community, by lobbying the Congress and Senate and also filing complaints at US courts. These objections resulted in the clearing up of the restrictions for some Iranians, particularly legal Greencard holders and dual citizens.
After the suspension of parts of the second Executive Order by Federal courts and the US Supreme Court, now the number of Iranians who can travel to the US has increased compared to the previous months; in a way that with the Supreme Court’s temporary decision, and the removal of some parts of the Executive order, Iranians who can produce the necessary documents and satisfy they have bona fide reasons i.e. have first-degree relatives in the United States or have university acceptance or conferences invitations etc. are eligible for entry visas. Of course this does not mean they will be issued visas, it merely means their visa applications will be reviewed with consideration of particular security matters.

Can this ban have an effect on the negative atmosphere building against Iran at the International level?
Placing Iran alongside a number of other countries is based on a fake notion of Iran and Iranians, and to-date apart from members of the MKO terror groups who freely travel to and from the United States, no Iranian has carried out any acts of terror against the United States. We reject America’s efforts to keep Iran’s name alongside these five countries, which is under the cover of a political and fake State Department list, and we deem the continuation of this trend an obstacle in the way of reduction of tension and also the contacts of people in both countries with each other. Overall, in view of the Supreme Court decision which is a temporary one, we must wait till October and see what the Court’s final decision will be, and in what form will the long-term implementation of the Order be. In his initial reaction to the Supreme Court’s decision, Trump deemed it a “great victory for the national security of America.” This is while, this decision is only temporary and we must wait and see what the Court’s final decision will be. But the question is whether in fact the subject is related to guaranteeing security. Trump’s excuses based on the citizens of these six countries being a security threat for America, is fundamentally baseless.
In this regard a history of terror attacks against America can be pointed out. If you look at all the terror attacks against America in the last two decades, you will not see the name of a single individual from any of these six countries. Even the Boston Marathon bombers and the terrorist in the Orlando Pulse nightclub attack, although claimed to be Muslims but they were all raised in America and were citizens, furthermore, none of them were from the six countries on the ban list. Also in view of this matter, no travel ban can prevent the reoccurrence of terror attacks, because the perpetrators are already inside the country. Furthermore, 15 of the 19 terrorists from 9/11 were Saudi citizens. The Kingdom where Donald Trump sword danced with its leaders, and signs lucrative arms deals with it.
With a deeper look, it can be said that America has only targeted countries for the travel ban, which in a way has attacked them in the past, and wants to see unrest in these countries. What’s even more astonishing is that the citizens of countries who have targeted America for terror attacks are exempt to this travel ban. Therefore it can be clearly said that this act is not for the provision of security, but has roots in Islamophobia, racism and xenophobia. Western media repeatedly stated that on his campaign trail, Trump created an atmosphere of insecurity and politically used the subject of terrorism, and today he wants to show his support base that he is fighting aginst terror, although this fight is in the wrong place. 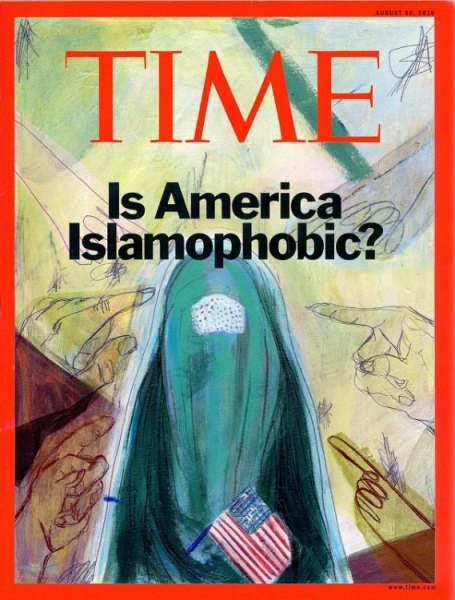 ODVV Interview: As the war on terror lingers, Islamophobia continues to be a problem Donald Trump ,United States ,islamophobia