Letters are not case-sensitive
Send
Saudi Arabia has also been heavily involved in the Yemeni Civil War that started in 2015 and is responsible for the death of hundreds of civilians in the impoverished Yemen through committing numerous violations of international humanitarian law.

In its detailed report about the situation of human rights in Saudi Arabia in 2018, Human Rights Watch noted that the Saudi “authorities stepped up their arbitrary arrests, trials, and convictions of peaceful dissidents and activists in 2018”, which included a largescale clampdown on the women’s rights movement beginning in May. Saudi Arabia has also been heavily involved in the Yemeni Civil War that started in 2015 and is responsible for the death of hundreds of civilians in the impoverished Yemen through committing numerous violations of international humanitarian law. In a rare move, 36 countries including all 28 members of the European Union, issued a statement in criticism of Saudi Arabia’s treatment of detained activists on Thursday, 7th March. The statement was read at the UN Human Rights Council in Geneva, also calling on the absolute monarchy to cooperate with investigations into the murder of Jamal Khashoggi.

Organization for Defending Victims of Violence has done an interview with Dr. Ben Rich, a lecturer in international relations at the Curtin University in Australia to discuss Saudi Arabia’s human rights record and its relations with the United States.

The transcript has been edited for clarity.

Q: In a 2017 report about the situation of human rights in Saudi Arabia, the U.S. State Department pointed to several instances of human rights abuse in the kingdom, including unlawful killings, widespread executions, torture, unwarranted arrest of human rights activists, lawyers and anti-government activists, extensive monitoring of internet and social media as well as the absence of mechanisms for choosing a democratic government through free and fair elections. Despite all of these, the U.S. relations with Saudi Arabia are cordial and Saudi Arabia is the most important trading partner of the United States in the Middle East. What do you think is the reason?

A: The uptick in this activity is a clear demonstration of the intensification of authoritarian impression under the Bin Salman administration. The regime is simultaneously seeking to modernize its economy and renegotiate its essential social contract with the populace – this is, however, being enacted in a manner that has little toleration for heterogeneous voices and critics of its initiatives. Those who are seen to be promoting ideals not in line with the monarchy’s vision have been brutally suppressed, whether in issues of gender, sect, politics, or social issues. This applies both ways on the political spectrum, whether the individual or group is erring towards progress or conservation, hence why we see both women’s rights activists, along with hardline clerics being targeted. So, while it is claiming to act for the betterment of the people, the regime is extremely hostile to the critiques and suggestions of those same individuals. This is not particularly extraordinary in the wider Middle Eastern context – when states modernize, they have typically done so in an extremely centralized manner, in which there is an official party line that brooks little dissent and will elicit violent responses if it is challenged. We’ve seen such patterns throughout the region at different junctures, whether in Syria, Iraq, Iran or Egypt.

Q: Do you think the US government has the determination to openly criticize Saudi Arabia for its violations of human rights or isn’t it ready to jeopardize its lucrative trade ties with the kingdom merely over its human rights record? While the United States censures several countries for their human rights abuses, isn’t it questionable that it is so passive on Saudi Arabia?

A: It really has depended on the particular administration – both the Bush and Obama White Houses were willing to criticize the human rights records of the Saudis – although this didn’t prevent either signing immense defense contracts with Riyadh. The current executive clearly has a fairly amicable relationship with the Kingdom of Saudi Arabia and is unlikely to openly criticize it, especially given president Trump’s own disdain for human rights issues, as well as the view that the Saudis are indispensable in the wider effort by the US to “contain” Iran. What will be interesting to watch is the growing discontent with the Saudi relationship that appears to be growing in the House and Senate and how this will play out over the coming years. It is quite clear that the assassination of the journalist Jamal Khashoggi has darkened the attitudes of many senators towards the Kingdom, particularly younger members in the left wing of the democrats.

Q: Human Rights Watch has reported that Saudi Arabia systematically discriminates against its Shiite and Ismaili minorities. Does Saudi Arabia feel threatened by its Shiite Muslim citizens? Why doesn’t it grant greater freedoms to them?

A: There’s a long and complicated answer to this, but I will try to be relatively succinct. In essence, it boils down to factors of history and geopolitics. Historically, the non-Sunni minorities of the Kingdom have existed in defiance of the official religious doctrine of the state – an ultraconservative form of Sunni Hanbalism referred to pejoratively as “Wahhabism”. The original social contract between the core citizenry of the Saudi state and its leaders, established in 1744, was predicated on suppressing and eliminating other sects and religious perspectives outside of this reactionary ideology. The legacy of this bargain has haunted Saudi governance ever since, and its effects have ebbed and flowed depending on the geopolitical circumstance the state has found itself in over the past 300 odd years. For example, in the 1920s, the regime led by ibn Saud actually went to war with an extremely zealous group of its own citizens in effective defense of the Shiite community, amongst other reasons, as the former’s calls to exterminate this passive minority were far too extreme. Since 2011, however, we have seen that the administration has really doubled down on anti-Shiite rhetoric and suppression, as this has been seen as a useful way to promote national cohesion amongst its Sunni majority and shore up the monarchy.

This has been seen as especially necessary in the context of the wider geopolitical competition with Iran for hegemony in the Gulf and leads to the second point. Since 1979, the Shiites have been viewed as a suspect community of potential fifth columnists, given their sectarian connections with Iran. This view was exacerbated by the experience of the 1980s, where the Iranian government did lend support for and encourage unrest in the Shiite majority eastern provinces, up to and including terrorism. While the relationship between the government and the Kingdom’s Shiites did improve somewhat in the 1990s and 2000s, the Arab Spring saw a complete regression of this, and the status of the Kingdom’s Shiites is worse today than it has been for at least thirty years.

Q: Some of the Middle East observers talk of Crown Prince Mohammad Bin Salman as a harbinger of social freedoms and reforms and some say efforts to silence the critics have intensified since he came to power. What’s the reality? Is Bin Salman genuinely determined to make Saudi Arabia a more liberal country?

A: As alluded to in the first question, the prince is seeking to modernize the state without embracing a key component of that modernization – political liberalization. He is effectively seeking to replicate the success of Western states over the past 300 years without adopting the cumbersome burden of consultative democracy that was so crucial to that process. Instead, Mohammed Bin Salman is trying to portray himself as a benevolent father-like figure in line with historical figures like Nasser and Lee Kuan Yew, who will drive the engine of economic and social progress singlehandedly, while preserving the essential authoritarian characteristics of the state. There is a clear dissonance in this – how can you have the liberation of women, for example, without allowing those same women to speak for themselves? How can you promote a liberalizing economic market, while simultaneously arbitrarily detaining leading business figures? We are already seeing the blemishes of these paradoxes come to the fore, with many of the radical changes proposed under the Vision 2030 initiative being scaled back significantly.

Q: Among the most serious hindrances to the improvement of the situation of human rights in Saudi Arabia is the male guardianship system, which obliges women to seek permission from their fathers or husbands for studying, finding a job and other daily affairs. Don’t these laws need improvement and updating to make sure the rights of Saudi women are preserved?

A: The laws should be abolished and have no place in a state seeking to become a vibrant leading figure in the MENA.

Q: International organizations have published different reports, noting that Saudi Arabia has used unconventional weapons in its military campaign against Yemen and targeted children and civilians. Isn’t it up to the United Nations and its affiliated organizations to probe these claims?

A: I’m not sure what you mean by “unconventional” – typically this means weapons of mass destruction, which have not been employed in Yemen as far as we are aware. Under international law and norms, the activities of the Saudis and the wider humanitarian crisis being fomented in Yemen should naturally lend itself to UN enquiry. We have seen some limited action on this in the way of statements by senior UN officials, but given the clout of the Saudis and their allies in the UN, particularly in the P5, it’s unlikely that anything serious will come out on that front. 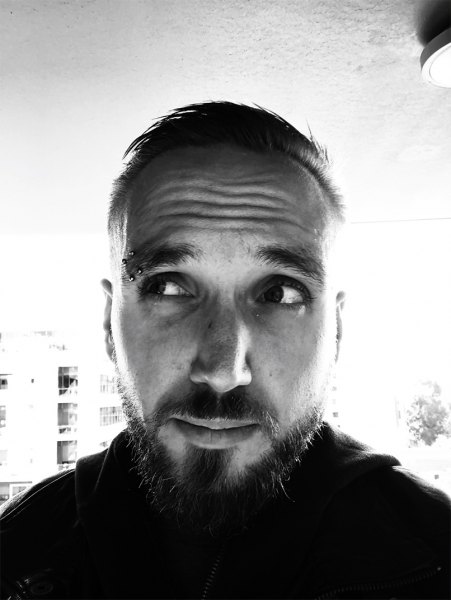