Letters are not case-sensitive
Send
About 80 journalists a year have lost their lives on average over the last 20 years. A webinar has been held by an Iranian NGO, the International Association of Peace Reporters (APR), to pay tribute to journalists who fell victim to terrorist acts in the Western Asia region.

Reporters without Borders says "Journalism remains a dangerous profession". 87 professional journalists, citizen-journalists and media workers were killed in 2018, while in 2019 the number was 49 — the lowest toll in 16 years. The historically low number mostly died covering conflicts in Yemen, Syria and Afghanistan.

About 80 journalists a year have lost their lives on average over the last 20 years, however, fewer journalists are dying, and more are ending up behind bars. Also "more and more journalists are being assassinated for their work in democratic countries, which is a real challenge to democracy". Said Christophe Deloire, Director General of Reporters without Borders.

In a statement issued at the closing session of the Webinar, the APR urged all governments across the world to view journalists as “the sincere promoters of civil society,” protect them against terror outfits and support their families. “Many journalists have already sacrificed their lives in the battle against terrorists who seek to destroy people's culture, religion and ethics. It is not a high expectation to urge the international community and governments to lend solid and wholehearted support to the martyred reporters and their families,” the statement read.

“By organizing this webinar, we seek to indicate that we stand and will stand by our colleagues and their honorable families. We hope that other people follow the suit. We also propose that the UN Secretary General appoint a special representative to ensure the safety of journalists and supporting their families and present an annual report on measures taken in this regard to the UN General Assembly and the Human Rights Council.”

“More than 109 reporters and media workers have been killed in Afghanistan over the past two decades. Over 700 reporters were slain during Syria's battle against terrorist groups. 350 Yemeni journalists have been killed in the Saudi war on Yemen over the 5 past years. 485 Iraqi reporters have been killed since US invasion in 2003, including 50 journalists who lost their lives during the battle against Daesh terrorists. These figures reflect only a small part of the ordeal the media workers have gone through during these bloody days in West Asia,” the statement added. It complained that the enormous risks threatening the lives and careers of reporters are usually ignored and underestimated.

Recently, on the memorial of the International Day of the Disappeared, the Committee to Protect Journalists (CPJ), which reports on and mobilizes against hundreds of attacks on the press each year, released a statement and said at least 64 journalists are missing around the world. Nearly one-third of them disappeared while covering armed conflict in Iraq, Lebanon, Syria, and Yemen. It has launched a campaign, #MissingNotForgotten, urging governments to do their utmost. 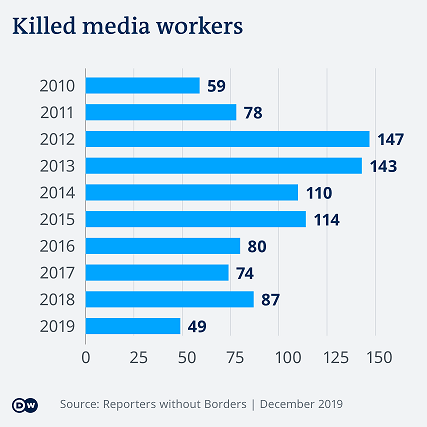 How the Saudis are making it almost impossible to report on their war in Yemen Journalist ,human rights ,war