Letters are not case-sensitive
Send
UN Undersecretary General Erik Solheim said that Iran has managed to raise the issue of dust storm at international level and urge other countries to take practical measures to solve the problem.

Solheim, also Head of UN Environment Programme (UNEP), made the remarks during his address to the inaugural ceremony of the 16th International Exhibition on Environment which was held in Tehran.

He said as Iran succeeded to make a landmark nuclear agreement, also known as the Joint Comprehensive Plan of Action (JCPOA), it will be successful in resolving the problem of environment.

Last year an agreement was approved at the international level to reduce dust storms, Solheim said noting that Iran played a crucial role in reaching that agreement.

Multiple resolutions on environment have so far been ratified but they should be implemented on the basis of academic activities to prevent the spread of dusts to other regions, said the UN official. He stressed that agricultural methods and irrigation techniques should be amended. The official also called on both state and private sectors to stand together to solve problems facing the environment. 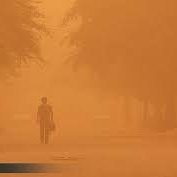 On International Day, UN cites 'duty of care towards the environment' in peacetime and during conflict Environment