Letters are not case-sensitive
Send
The United Nations will adopt a minimalistic, concrete and realistic approach to addressing the crisis generated by Syria’s ongoing conflict, a senior UN official said today as he warned about the growing dangers facing civilians amid the Islamic State of Iraq and the Levant’s (ISIL) latest offensive in the country. 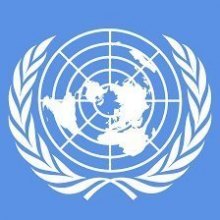 Speaking at a press conference in Geneva, the Secretary-General’s Special Envoy for Syria, Staffan de Mistura, cautioned against expectations that the UN is building up “any type of major political momentum” towards resolving the nearly four-year long conflict, preferring to describe the Organization’s method as “broad line,” at least at the current stage.
“What we are working on is listening, being in a listening mode, being in a position of understanding where is the current regional, global and national environment regarding possible political process, if and when that can be started and facilitated by the UN,” Mr. de Mistura told reporters.
He added that the UN would work to promote or facilitate a reduction of violence while assisting those millions of civilians on the humanitarian front, declaring that the Syrian people “have been suffering enough.”
The conflict in Syria, which began in March 2011, has led to well over 150,000 deaths, and more than 680,000 people have been injured. At least 10.8 million people are in need of assistance inside Syria, including at least 6.5 million who are internally displaced.
The conflict has also spawned a refugee crisis in which some 2.5 million people are being sheltered in neighbouring countries.
Special Envoy Staffan de Mistura was appointed by Secretary-General in July to provide Good Offices aimed at bringing an end to all violence and human rights violations.
Mr. de Mistura warned, however, that amid the civil conflict, Syrian civilians in the northern border town of Ayn al-Arab, also known as Kobane, are facing an imminent threat posed by the terrorist group known as ISIL.
“We know, we have seen it, what ISIL is capable of doing when they take over a city. We know what they are capable of doing with their own victims, with women, children, minorities and hostages,” he warned.
On Monday, 6 October, ISIL units reportedly broke through the trenches dug by the town’s mainly Kurdish defenders and engaged in street-to-street fighting in the town’s eastern neighbourhoods. They also took control of a number of buildings and a strategic hill looking over the town from the south-east.
The Kurdish groups in control of Kobane had reportedly ordered civilians to seek refuge in Turkey, and civilian administrators in Kobane were also said to have mostly left the town by yesterday evening.
But the Special Envoy explained that the remaining exit corridor for Kobane is at risk of falling to the advancing ISIL fighters, potentially trapping 12,000 civilians who would be “most likely massacred.” He warned that another Srebrenica could be “imminent.”
“Everyone who can, should be doing what he can in order to control and hopefully stop this atrocious terrorist movement, especially when they are clearly indicating where they are going,” appealed Mr. de Mistura.
“There is humanitarian law. There is Srebrenica. There are the images that we don't [want] to see, we cannot see, and I hope you will not be seeing, of people beheaded, of the defenders and civilians,” he said, urging immediate action and warning: “It’s not through UN resolutions that ISIL will stop attacking Kobani.”
At a separate press briefing, UN Refugee Agency (UNHCR) spokesperson, Adrian Edwards, noted that the fighting in and around Kobane has already prompted more than 172,000 Syrian Kurds to flee into neighbouring Turkey, with many refugees continuing their journey on towards the Kurdistan region of Iraq. Others, he said, were being assisted by UNHCR and taken to the Gawilan and Newroz refugee camps.
Mr. Edwards said that the refugees reported difficult conditions during their journeys as people settled temporarily in overcrowded mosques or lived on the streets without food or money. Many had crossed the border, leaving their possessions, cars and livestock behind.
In addition, he cited eyewitness testimony confirming the brutality of ISIL with refugees reporting the executions by beheading, torture, and illegal detention of hundreds of civilians by the terrorist group. One man in particular had been horrified to see human heads mounted on the fence surrounding the main park of his town, the spokesperson said, adding that the man “still feared for the safety of his wife and children whose whereabouts were unknown to him.”