Letters are not case-sensitive
Send
sadly typical of the policies of the Australian department of immigration, whose conduct on Manus Island has been marked by human rights abuses and deliberate cruelty.

Responding to reports of protests on Manus Island, where Papua New Guinea (PNG) immigration officials, implementing a policy set by the government of Australia, are attempting to force refugees and asylum seekers out of an immigration detention centre, Josef Benedict, Amnesty International’s Deputy Campaigns Director for Southeast Asia & Pacific, said:

“Until there is a safe place for them to go, forcing refugees and asylum seekers out of the detention centre will cause even more suffering. Reports that police are attempting to forcefully clear the compound by cutting off water and electricity are alarming, but sadly typical of the policies of the Australian department of immigration, whose conduct on Manus Island has been marked by human rights abuses and deliberate cruelty.

“Australia’s offshore refugee processing system is illegal and abusive, but forcing refugees and asylum seekers out of the centre is not the answer, and risks making their already desperate situation even worse. Repeated attacks and threats from some members of the local community have left refugees terrified of leaving the compound.

“The refugees have – understandably – protested the attempts to drive them into an even worse situation on Manus, and there is now a serious risk that peaceful protests will be met with excessive force by the PNG police. The police must respect their right to peacefully protest the closure of the centre, and refrain from using violence as they have in the past.

“We are calling on the Australian authorities to immediately bring all refugees and people seeking asylum to Australia, and ensure that all those who were granted refugee status have the right to settle in Australia.” 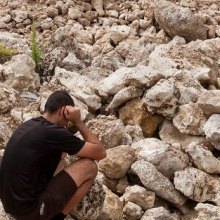