Letters are not case-sensitive
Send
Highlighting the plight of victims of human trafficking, United Nations Secretary-General Ban Ki-moon underlined the need to ensure justice for victims and accountability for perpetrators, as well as to address underlying factors by focusing on human rights and stability.

“If conflict gives oxygen to traffickers, human rights and stability suffocate them,” Mr. Ban told the Security Council today at its ministerial-level meeting on the theme trafficking in persons in conflict situations.

It also featured briefings from Yury Fedotov, the Executive Director of the UN Office on Drugs and Crime (UNODC), And Zainab Hawa Bangura, UN Special Representative on Sexual Violence in Conflict.

“We need strategic leadership in ending war – and also in preventing conflicts and sustaining peace,” added the Secretary-General, noting the UN’s commitment to supporting its Member States in early action and in preventive diplomacy.

He further drew attention to the importance of implementing the 2030 Agenda and its 17 Sustainable Development Goals (SDGs) to ensure that the promise of “a life of dignity for all people” is delivered, and called on all countries to ratify all international human rights, refugee, labour rights and crime prevention conventions, and to put efforts into their effective implementation.

“The majority of trafficking victims are women and girls. Our response must include special attention to their rights,” he noted.

He also underlined the need to decrease funding for terrorists to make everyone, and in particular those who risk being trafficked, safer.

“Islamic State of Iraq and the Levant [ISIL/Da’esh], Boko Haram, Al Shabaab and others are using trafficking and sexual violence as a weapon of terror – and an important source of revenue," he said.

He further highlighted the need to respect and implement international law as well as strengthen national legal protections to ensure justice and accountability. He also stressed the importance of supressing trafficking syndicates by targeting money-laundering and criminal proceeds.

As an outcome of the meeting the Council adopted a consensus resolution, recognizing the various complexities and challenges of trafficking, in which it called on all UN Member States to take “decisive and immediate action” to prevent, criminalize, investigate, prosecute and ensure accountability of those who engage in trafficking in persons, including in the context of armed conflict.

In his remarks, Mr. Fedotov, UNODC chief warned that the pervasive nature of human trafficking meant that “there is no single measure, no one step in any given part of the world that can address this problem alone.” Indeed, building effective action requires a strong framework of international cooperation and shared responsibility, starting with the UN Convention against Transnational Organized Crime and its Protocol against Trafficking in Persons.

He went on to note that tomorrow, UNODC will launch the 2016 Global Report on Trafficking in Persons, which provides a snapshot of the state of national responses to the challenges of human trafficking. Based on reliable data and information provided by Member States, it establishes that an increasing number of trafficking victims from conflict-affected countries such as Syria, Iraq and Somalia have been detected in Europe, Asia and the Middle East.

Picking up that thread, Special Representative Bangura told the Council that a range of extremist groups are using sexual violence to advance their military, political, economic and ideological aims, pointing out that, of the 48 groups listed in her most recent report, 37 were non-State actors and seven are designated as terrorist groups. “They restrict women’s rights, autonomy and freedoms, and use sexual violence as a tactic to strike fear into the hearts of civilians,” she explained.

And while this is not a new phenomenon and neither was the trafficking in and exploitation of women and girls, she said, the combination of those two evils today seems “unprecedented” in its scope and brazen brutality. Recognizing sexual violence as a tactic of terrorism calls for a rethinking of the response, she said, noting that the crime represented the very front line in the battle against violent extremism. “To disrupt human trafficking was to help disrupt the business of terrorism,” she said. 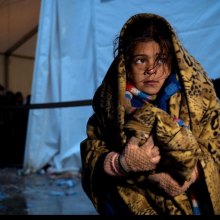