Letters are not case-sensitive
Send
the UN Committee against Torture issued recommendations on how Ireland can respect its obligations under the UN Convention against Torture and Other Cruel, Inhuman or Degrading Treatment or Punishment (UNCAT).

IRCT* – On 11 August 2017 Among issues raised in relation to Ireland’s treatment of asylum seekers and refugees, the Committee specifically asked Ireland to establish a formal screening procedure to identify torture survivors and other vulnerable asylum seekers and provide them with all necessary support; to provide adequate funding for the provision of medico legal reports and rehabilitation of torture survivors; ensure that asylum seekers are detained only as a last resort and in facilities suited to their status, and that persons refused ‘leave to land’ are provided with access to legal advice and information.

The Irish Refugee Council, SPIRASI and the International Rehabilitation Council for Torture Victims welcome the Committee’s recommendations. Having attended Ireland’s review by the Committee in Geneva, the organizations also acknowledge the seriousness with which the Irish State engages with the UN Treaty Body review process and the openness with which State delegates responded to questioning and engaged with civil society on key issues.

UN Convention against Torture and Other Cruel, Inhuman or Degrading Treatment or Punishment (UNCAT)

The Convention requires states to take effective measures to prevent torture in any territory under their jurisdiction, and forbids states to transport people to any country where there is reason to believe they will be tortured.
The text of the Convention was adopted by the United Nations General Assembly on 10 December 1984 and, following ratification by the 20th state party, it came into force on 26 June 1987. 26 June is now recognized as the International Day in Support of Victims of Torture, in honor of the Convention. Since the convention's entry into force, the absolute prohibition against torture and other acts of cruel, inhuman, or degrading treatment or punishment has become accepted as a principle of customary international law. As of February 2017, the Convention has 161 state parties
States’ obligations under the Convention apply to people seeking international protection and fleeing torture and ill-treatment. States are obliged to not return people to conditions of torture or ill-treatment (the principle of non-refoulement) and must ensure that treatment of asylum seekers and refugees must not amount to torture or ill treatment - including in reception conditions and procedures governing the international protection status determination process. The Committee has made it clear that States are also obliged to ensure that torture survivors seeking international protection be provided with rehabilitation and redress. 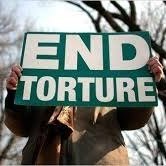