Letters are not case-sensitive
Send
The final statement of Iranian friendship associations with other countries and international NGOs in support of the people of Gaza was read by the director of the ODVV. According to ODVV public relations, in this ceremony which was held with representatives from friendship associations and NGOs which was held in Imam Cultural Centre ODVV director, Siavash Rahpeik read the final statement of the sitting on behalf of the participants. 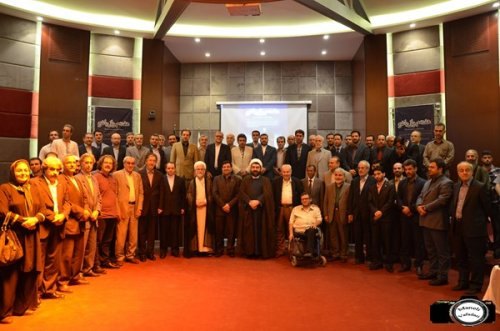 The full text of the statement is as follows:
Once again we the people of the United Nations, Iranian friendship associations with other countries and international NGOs, we have witnessed the blatant violation of human rights and humanitarian law by Israel against Palestinian civilians.
A violation that is so blatant and unhuman that even the supporters and allies of Israel - although apparently and slyly - did not remain silent towards the international public opinion.
Over 1948 dead that include 456 children, 237 women and more than 10,000 wounded, tens of thousands made homeless, the destruction of infrastructure that include 107 hospitals, destruction or causing serious damage to 11,855 housing units, 102 attacks against medical teams which have left 19 martyrs, firing at UNRWA schools, and other properties associated to the United Nations and news agencies with the loss of 11 journalists' lives, is another certificate of child killer Israel's criminal acts.
From one month ago with the renewed unequal and inhuman attacks of Israel against the Gaza Strip we have witnessed the most horrific of war crimes and genocide in the region, this is while the one sided support of the international community and particularly the west and the unethical support of some world leaders of these violent crimes on the pretext of the right to self defence, and the unequal approach of international organizations with the human rights crimes of Israel, reveals the clear and shrewd conflicts in their approach towards international law. Although the pretext of self defense too according the principle of proportion is in doubt, because according to this principle, that the response that is given to an attack must be proportionate, whereas according to UNOCHA figures, 67 Israelis have been killed, where only three have been civilians. And against these three civilians, the number of Palestinian civilians killed (1402) is not justifiable.
We, nongovernmental organizations, know full well the level of blatant human rights and humanitarian law violations, and the sheer number of civilian deaths and destruction of properties, are total violations of the Geneva Four Conventions and clear examples of war crimes and genocide. The Geneva Four Convention to which Israel is a member state, enforces all members to fully observe the Conventions and the responsibility of violations is with those who order and carry out these crimes.
With an emphasis on two principle of "distinction and proportion" of the Geneva Convention, Israel has violated these International Conventions by attacking women, children and civilian institutions in the Gaza Strip, According to paragraph 6 of Article 51 of the Convention, attacking civilians even in defensive mode is prohibited, and there is clear and undeniable evidence that show Israel's total violation of human rights.
According to paragraph 2 of Article 7 of the ICC Rome Statute, Israel has violated this document and its an example of crimes against humanity.
This is while the experience of the last 66 years, meaning from the founding of the State of Israel, it shows that even political and diplomatic solutions such as the issuing of resolutions and formation of fact finding committees to-date have not been able to prevent Israel from doing anything that it wants to do. The 87 UN Security Council resolutions, the 131 UN General Assembly resolutions, and 46 UN Human Rights resolutions have never managed to play a preventive role in the dark record of Israel.
The Palestinian Authority's efforts to sign the Rome Statute to-date has not had any results on various excuses, and the United States and Israel's not being members of this international document is an example of this reason.
Therefore we, Friendship Associations of Iran and other nations and international NGOs, alongside all wakeful universal consciences while supporting the resistance of the patient people of Gaza and expressing sympathy to each and every one of them, express our deepest abhorrence towards Israel's crimes of genocide committed against the people of Gaza, which with certainty come along with deep social, human and economic imposed crises, we declare and call upon he will of the international community for the realisation of the following:
1 - The launching of a global campaign for the use of the principle of universal competence of domestic courts and the serious commitment of human rights defenders and human rights organizations to take legal actions against the leaders and military heads of Israel.
2 - Call upon the Security Council to refer the case to ICC.
3 - Creation of a mental, discourse and media atmosphere against the inhuman acts that have been committed in the Gaza Strip through continuous holding of media sittings and extensive reflection in cyberspace to activate public opinion.
4 - Call upon the UN to immediately prevent the United States military assistance to Israel, because in 2007 America signed a 10 year agreement with Israel to send 30 billion dollars cash aid to Israel. And recently Congress approved the US government a 225 million dollar credit to provide emergency aid to Israel's Iron Dome defense system.
5 - Call upon the UN and member states to impose serious sanctions against israel and prevention of any military and civilian shipments from reaching Israel.
6 - Call upon Islamic countries to preserve unity against the nullification of Israel's objectives in the region.
7 - Call upon the International Community to make Israel to unconditionally put an end to its attacks, fully remove the blockade of the Gaza Strip, the immediate withdrawal of all troops from the region, and the speedy reopening of the Rafah Crossing by the Egyptian government, in order that humanitarian aid from all over the world that include medical equipment and medicines, vital goods, food and fuel reaching the war torn region and the transfer of the injured to hospitals.
8 - Call upon the UN to seriously follow up on the Secretary General's words as spoken in his statement that include the criminal investigation of those responsible for the violation of international laws in the Gaza Strip.
We, members of civil society institutions, hope that with the cooperation of governments, nations and international organizations, very soon witness the establishment of lasting peace, formation of an independent state of Palestine and the return of the refugees of all these years to their homelands. 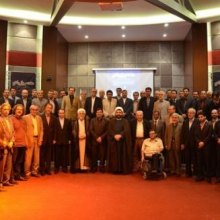