Letters are not case-sensitive
Send
The National NGOs Conference was held in the presence of the President in the Interior Ministry's Conference Hall. According to ODVV public relations, six NGOs activists and directors made speeches on their views and their requests from the President. ODVV director, Mr. Siavash Rahpeik mad a speech the text of which is as follows: 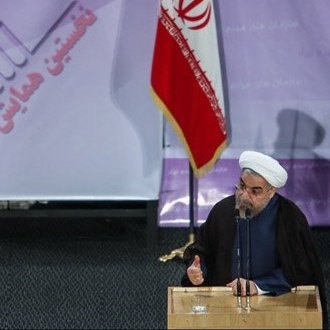 "With greetings and salutations,
1 - Mr. President, How far does the jurisdiction of the government go? Till when in the tiniest society of government and the nation's dignity must think that the government owns everything and is accountable to everything?
This is a public culture disease, unfortunately this belief is also seen in the Citizen's Rights Charter. Today's societies' affairs are based on public participation.
We want the government voted by the people to be knowledgeable, strong, manager, observer and agile, participation of the Minister with the least levels of being in charge in all various dignities of society.
Of course if we want mature NGOs that are experts, sympathetic, criticising and away from politicisation and sensationalisation, and seek participation.

Mr. President,
One of the issues related to NGOs is a lack of clear definition and consensus regarding national security and national interests, opportunities and threats must clearly be distinguished from each other, even in categorization. This fault is one of the most important causes for the reduction or lack of participation and participation seeking. With regards to the international participation of NGOs debate, we suffer from the damages of the poverty of decision makers both in the theoretic and practical areas towards general diplomacy and diplomacy from two paths, and we lose opportunities one after another.
Why aren't we strong Iranian NGOs in the top ten reputable international NGOs?
This is not due to our incapability, but it's as a result of the indifference and restrictive views of others.
In our somewhat limited areas we have experienced that we can be influential players in the international level. We work with knowledge and awareness and professionally, and the government must first believe us and then facilitate matters for us, and of course accept for us to be ourselves."

The President in the National NGOs Conference: "NGOs are an opportunity."
"Private organizations, NGOs and the government are the foundation stones of the managing of the country and we believe the more we can facilitate the activities and participation of the people in various areas, the stronger and able the society will become, and a strong government in a strong society will be formed."
Stressing on the necessity and importance of the interaction of the government and NGOs, explained: "The eleventh government does not see NGOs as a threat, and most certainly deems them an opportunity and believes that these organizations must be strengthened."
According to the government's website, Dr. Hassan Rowhani attending the first National NGOs Conference, deemed NGOs as volunteer and nonpolitical groups and said: "For the development of the country we need a strong society, and a strong society requires the further participation of the people, therefore the basis for active presence and participation of the people must be brought about."
Stressing that NGOs must interact with the government and the promotion and preservation of our social investment is in the shadows of NGOs, the President explained: "NGOs must to be made by the government, they must stand on their own feet and have independence.|

The government's policy is to handover matters to NGOs
The Head of the National Security Supreme Council stressing that the government must bear the responsibilities of duties, said: "The basis of the government's policy is that in all areas and any area that it is able to, it will hand over duties to the people and NGOs.|
Dr. Rowhani added: " Private organizations, NGOs and the government are the foundation stones of the managing of the country and we believe the more we can facilitate the activities and participation of the people in various areas, the stronger and able the society will become, and a strong government in a strong society will be formed."
Stating that today we have problems and at the same time high objectives, the President said: "We need NGOs to solve existing problems."
Dr. Rowhani reassured: "In the area of the environment, the provision of water, the health of the people and fighting social damages we need NGOs in these areas alongside the government so that we can solve the problems."
Pointing out the fact that in the big city of Tabriz one of the NGOs has managed to solve the social problem of beggary, the President said: "We can make use of NGOs n all subjects and social problems, and without a doubt their presence and campaigns in these areas can be very useful."
Proposing the question whether the government alone can fight big social problems, Dr. Rowhani reassured: "The fight against poverty, inequality, various social problems that threaten the strength of the family and the basis of people's recognition of our Citizen's Rights, we have no other way but to have NGOs take on the work.

We accept that the government must reduce its responsibilities
Stating that today in our country religious democracy was in place, the President said: "We accept that the government must reduce its responsibilities, and with the exception of some important issues, which the government has no choice by to take responsibility, all other matters must gradually be given to the people,, while the government's guidance and monitoring remains and it is necessary to support the activities of NGOs."
Saying that whatever task the government can hand over to the people, is for the benefit of society, the President said: "We believe that even in the cultural heritage area the people must enter the scene, and they can protect these heritages with more sympathy."
Dr. Rowhani reassured that: "In our religious culture, we were successful when religious culture was in the hands of the people, and they observed religious teaching and without a doubt independent religious schoools can work better than the government in these areas."

Contacts of NGOs with International Organizations/Drafting of the Legislation in Protection of NGOs
Dr. Rowhani reassured: "In the area of hygiene and social problems issues, there is no harm for our country's NGOs to be in contact with international organizations. Of course these contacts must be healthy and useful for society."
The President also gave news of the drafting of a legislation with regards to the protection of NGOs and said: "The Interior Ministry must take chare of the drafting of this legislation, so that with its ratification we can further benefit from NGOs capacities and witness a proud and prosperous Iran."
Saying that today it has gradually become clear that governments cannot manage to take charge of all national matters and fulfill society's needs alone, said: Today some apportioning have been made in carrying out duties and running the country's matters, and to this aim NGOs also bear some responsibilities and duties."
Stressing that it is not as if we have learned about NGOs from the western civilization, the President said: "In Muslim societies, particularly Iran, NGOs have been active in various fields from a long time ago. 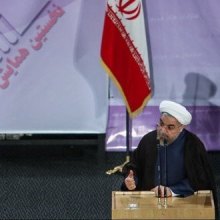 LG_1408264334_abdolvahedmirzazadeh_15_130
“ National NGOs Conference Held in the Presence of the President: ODVV Director's Speech in this Conference ”
Share to
Tags Organization for Defending Victims
Related Contents