Letters are not case-sensitive
Send
This sitting was held with the efforts of the ODVV with the presence of Khaled Qodumi, the representative of Hamas in Tehran, and two university academics. The sitting stressed on war crimes having been committed and crimes against humanity committed by Israel against the Palestinians. 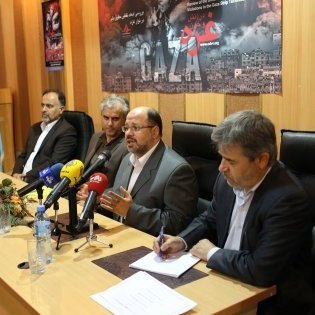 According to ODVV pubic elations, in this sitting which was held on 6 August in the ODVV Conference Hall, researcher from the Expediency Council's Centre for Strategic Studies, Fardin Kharazi while referring to the casualty figures of Israel's brutal attack against the people of Gaza and the destruction of homes, mosques and schools he stressed: "All these figures indicate the violation of the Geneva Four Conventions, particularly the Fourth Convention with regards to targeting of civilians by |the IDF, and the violation of these Conventions is not only the responsibility of governments, but individuals who order and carry out the attacks."
"Israel's justification for these actions has been it is carrying out these attacks in response to the launching of rockets against Israel by Hamas, and is just responding to attacks." He continued, "This reasoning is not acceptable by International Law, because in article 2 of humanitarian principles, distinction and proportion are very important/ The main principle of distinction is that in any given situation there should be a distinction between civilians and civilian targets with military individuals and targets, and it is not right that eve if there is a possibility that a rocket is launched fro near a hospital, that hospital can be targeted. It is not acceptable. The proportion principle is also based on the point that the attack must be in proportion to the attack. Nevertheless the thing that Israeli officials annonce, from the realities on the ground indicate violation of international law. According to Israeli officials 67 Israelis 3 of which are civilians were killed in the conflict, and the killing of these three civilians gives no justification for the firepower level unleashed against civilians, women and children especially, in Gaza."
This researcher went on to say: "also attacking civilians in reprisal attacks is prohibited and reputable organizations such as Human Rights Watch have accused Israel of war crimes. Intentional killings, intentional guidance, attacks against civilians, targeting civilian buildings, aid workers etc are all examples of war crimes and continued and intentional harming of individuals and their denial of access to aid and assistance which are crimes against humanity. In view of these examples, this war is a war cime and crimes against humanity "
The next speaker was Mr, Khaled Qodumi, the Hamas representative in Tehran. Referring to the membership of the PA in the Rome Statute, he said: “Unfortunately in 2008 and 2009 the PA opposed our request to file a complaint against Israel at the ICC, because this was going against America’s wishes. In this current war too we’ve asked the PA to file a complaint against Israeli committed crimes against humanity, but they are stalling.”
“We also need experts so that by using existing openings in international laws, to be able to prosecute Israel.” He continued on.
Reiterating that Israel has committed crimes against humanity in the Gaza Strip he said: “the most clear characteristics of these crimes are the targeting of children, mosques and schools, including attacking UN schools.”
“There are courts in various countries who have filed charges against Israel and these charges have prevented Israeli officials from travelling to these countries. We call upon jurists and experts to carry out actions like this and not just have expectations from international courts.”
The next speaker was Ghadir Nasri a senior researcher from the Middle East Strategic Studies Centre saw existing reasoning pertaining to America’s support for Israel on the basis of Israel being a strategic region, dominating of which is domination of the rest of the Middle East, and also America being the true follower of Christ looks after the oppressed as being wrong he said: “Israel gives four reasons for attacking Gaza, that the starter of the crisis is Hamas, Hamas uses civilian facilities, Hamas increasing and serious doubts in the legitimacy of the state of Israel, and Hamas secret intentions for the future.”
He added: “In view of these reasons it can be asked whether organized oppression is an example of a crime. Also it is not clear whether Hamas is the main cause of this crisis, because no one had claimed responsibility in the kidnapping and killing of the three Israeli youths. And should these massacres have taken place because of these three killings?”
“The Israelis also claim that Hamas uses civilian properties to fire rockets from, where is the proof that rockets have been fired from UN schools. Also, which Israel must be officially recognized? Israel’s situation continuously is changing, and the Israel of 2011 is different to that of 2010, and it has grown larger and more populate, and more settlements have been built and continue to be built. Which Israel should we exactly recognize. And we accuse Israel of not only they do not accept Palestinians, but they do not even recognize them as refugees. The claim Hamas future criminal intentions. But both morally and legally the question can be asked that if someone has an intention against someone, can they be punished? Therefore all of these Israeli claims are unfounded and incorrect.”
At the sitting was opened to a Q&A session between the experts and the attendants.
photos 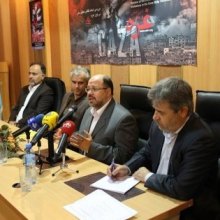