Letters are not case-sensitive
Send
The United Nations Special Rapporteur on the situation of human rights in the Palestinian territories occupied since 1967, Makarim Wibisono, today reiterated his call on the Government of Israel to abandon and desist from implementing plans which may result in the forcible transfer of Palestinian Bedouin Communities in the West Bank. - See more at: http://www.ohchr.org/EN/NewsEvents/Pages/DisplayNews.aspx?NewsID=16045&LangID=E#sthash.SWrqoVpJ.dpuf

“I am alarmed at indications that the roll-out of plans, which in their full effect are believed to entail the forced eviction and forcible transfer of thousands of people, contrary to international human rights law and international humanitarian law, now appears imminent,” the independent expert said.

In October 2014, Mr. Wibisono together* with the UN Special Rapporteurs on adequate housing, on cultural rights, on minorities and on the right to food expressed concern and urged the Government of Israel to halt the plans. “Regrettably, I and my fellow independent experts did not receive a response,” he said.

The Special Rapporteur reported to the Human Rights Council in March 2015 that an estimated two thirds of those who would be affected by the transfer plans are children.

Noting the link between previous transfers and expansion of settlements, Wibisono noted: “It is very troubling that the implementation of these plans may further undermine the territorial integrity of the Occupied Palestinian Territory”.

UN officials on 20 May expressed grave concern over the rapid advancement of these plans and especially that Israeli authorities were taking steps towards the transfer of residents of Abu Nwar, one of a substantial number of affected Palestinian Bedouin communities.

Since his appointment in June 2014, full cooperation has been extended by the Palestinian Government, but the Independent Expert’s requests to visit Israel and the Occupied Palestinian Territory have so far received no formal response by the Government of Israel.

In light of his lack of access to the Occupied Palestinian Territory, the expert intends to undertake his second mission to the region this month in order to meet with victims, witnesses, non-governmental organizations, UN entities and public officials on the human rights situation in the West Bank, including East Jerusalem, and Gaza.

The Special Rapporteur will present his next report to the 70th session of the United Nations General Assembly later this year.

In 2014, the UN Human Rights Council designated Makarim Wibisono (Indonesia) as the sixth Special Rapporteur on the situation of human rights in the Palestinian territories occupied since 1967. The mandate was originally established in 1993 by the UN Commission on Human Rights. Learn more, log on to: http://www.ohchr.org/EN/HRBodies/SP/CountriesMandates/PS/Pages/SRPalestine.aspx 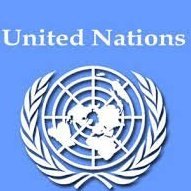 UNICEF: Over 20 Million in Yemen in Need of Aid UN ,humanitarian ,human rights