Letters are not case-sensitive
Send
The Security Council and the United Nations political mission in Afghanistan have joined Secretary-General António Guterres in condemning the deadly attack outside of the Supreme Court in Kabul.

“This attack is nothing short of an atrocity. Those responsible for planning and carrying out this horrendous act must be brought to justice,” the Secretary-General's Special Representative for Afghanistan, Tadamichi Yamamoto, said in a statement issued earlier on 8 February.

Mr. Yamamoto, who is the head of the UN Assistance Mission in Afghanistan (UNAMA), noted that the attack fits a pattern of violence against judicial authorities in recent years. Since 2015, UNAMA documented at least 74 attacks, which killed 89 people and injured 214 others.

The Mission “reminds all parties that judges and staff of civilian courts – including the Supreme Court – are civilians,” the statement said. “Attacks intentionally targeting civilians are tantamount to war crimes.”

At least 20 civilians, mostly female employees of the Supreme Court, were killed yesterday when a suicide attacker detonated a device outside the Court. No person or group has yet claimed responsibility for the attack.

Calling the killings “heinous” and “cowardly,” the Council members late last night reiterated their serious concern at the threats posed by groups such as the Taliban, Al-Qaida, and the Islamic State (ISIL), on the local population, National Defence and Security Forces and the international presence in Afghanistan.

They also stressed that “no violent or terrorist acts can reverse the Afghan-led process along the path towards peace, democracy and stability in Afghanistan, which is supported by the people and the Government of Afghanistan and by the international community.” 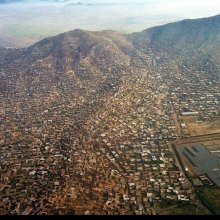 ‘The world must act now to stop this,’ UN chief Guterres says on visit to drought-hit Somalia [Women displaced by drought waiting to meet Secretary-General António Guterres during his visit to Baidoa, Somalia, where the focus was on fam human rights ,Human Rights Violations ,united nations ,Antonio Guterres