Letters are not case-sensitive
Send
The Presidential Deputy on Women and Family Affairs, Shahindokht Molaverdi, deemed the fight against violence against women a universal responsibility and stressed that the home is not the castle when it comes to laws for the elimination of violence against women. 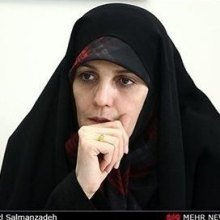 Active participation of the Organization for Defending Victim of Violence in the 29th session of Human Rights Council human rights ,violence